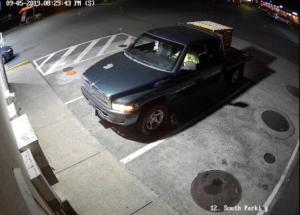 A woman who was struck by a full-size pickup in east Vancouver on Thursday evening has died of her injuries. Police now are looking for the driver, who fled the scene.

The incident was reported to police at 8:51 p.m. Officers responded to a parking lot in the 500 block of Southeast Chkalov Drive, where they found a woman lying on the ground. She was injured but conscious and alert. However, she later died at a local hospital, police said Friday.

Anyone with information on the location of this vehicle or about this incident is asked to call 911.