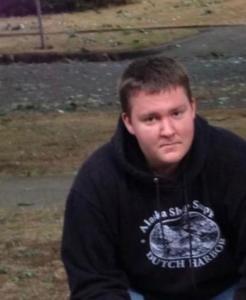 The Vancouver Police Department is asking for the public’s help in finding a man who went missing July 9 after leaving his workplace.

Tyson Watson, 35, was working at a manufacturing company in the area of Columbia House and Grand boulevards, when he told another employee around 10:30 a.m. that “he had to go.” He then left the building and hasn’t been seen or heard from since, according to a police news release.

Watson, who didn’t have a vehicle prior to his disappearance, left his bicycle, cellphone and backpack at the job site, police said.

Watson lives in Hazel Dell with a roommate who reported that he had not seen Watson since around July 9, the news release states.

Police said Watson was “in good standing with his employer and had been working for this company for several months. He did not have any known recent altercations with anyone in the near past.”

It is unknown whether Watson was involved in a dating relationship or had any close friends in the Portland metro area. His family said that Watson likes to keep to himself, according to police.

Watson is described as standing about 6-feet-1-inch tall and weighing 220 pounds. Police said he was wearing nondescript clothing, such as a T-shirt and jeans when he left work. He does not have any known scars, marks or tattoos, police said.

Anyone with information about Watson’s whereabouts should contact the Vancouver Police Department’s dispatch center and reference case #20-11139.