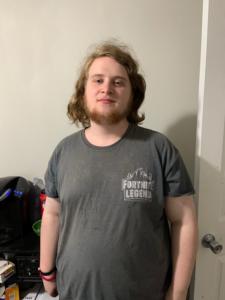 The Vancouver Police Department is asking for the public’s help in finding a missing 15-year-old boy.

He is described as standing 5-feet-10 inches tall, weighing 200 pounds, with brown hair and blue eyes. Benjamin was last seen wearing a yellow T-shirt with “parks and rec” written on it and gray sweatpants. He was carrying a neon yellow duffel bag, police said.

Anyone who sees Benjamin or knows of his whereabouts should call 911.