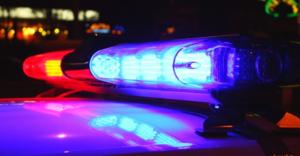 A 28-year-old Vancouver woman was killed Saturday evening in her parents’ driveway after a passing car lost control and hit her.

Emergency crews were dispatched to the 8300 block of NE 139th Street at 7:30 p.m. on Saturday. A resident called 911 to report her daughter had been struck by a vehicle.

The victim, later identified as Rachel Casper, had been struck by a Chevrolet Suburban that was traveling eastbound on 139th Street. She was declared dead at the scene.

According to a statement by the Clark County Sheriff’s Office, witnesses said Casper and her father were preparing to walk to a neighbor’s house. That’s when the Chevrolet Suburban lost control, first hitting a power pole, then striking Casper in the driveway. The vehicle then collided with a nearby tree.

Casper’s father was not injured.

The driver was identified as Allister Gollihugh, 25, of Keizer, Ore. He was cooperative with investigators and showed no signs of impairment.

Gollihugh was not charged or issued any citations at the scene. The crash is under investigation by the Clark County Sheriff’s Office.