Police respond to stabbing in east Vancouver; suspect in custody 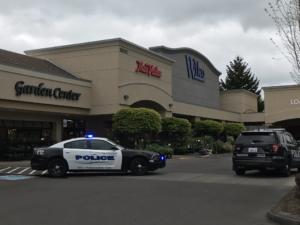 Police responded to a stabbing Friday afternoon in a store parking lot in east Vancouver. The victim was reportedly seriously injured.

Vancouver police officers and medics were called at 1:13 p.m. to the Wilco farm store near 18th Street and 162nd Avenue for a report of a stabbing. Drivers were advised to avoid the area.

The victim was stabbed in the head or neck, according to emergency radio traffic monitored at The Columbian. The victim was transported to an area hospital for treatment.

Vancouver Police Department spokeswoman Kim Kapp said in an email that the 911 call came in as a disturbance between two men in the store’s parking lot. Call notes indicate a woman and a man may have been injured during the incident, she said.

Several bystanders detained the suspect before police made their arrest, Kapp said.

There is no threat to the public, and the investigation at the scene continues. Police said they don’t know what precipitated the stabbing.