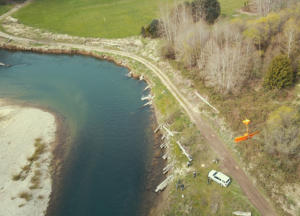 The Clark County Sheriff’s Office has identified the pilot killed in an ultralight plane crash on Monday as 58-year-old Quin T. Banta.

Banta is a Clark County resident with a Federal Aviation Administration student pilot certificate, the sheriff’s office said in a news release. He was operating a Kolb Firestar 2 ultralight aircraft powered by a single two-stroke, 52 horsepower engine.

The plane appears to be a kit-built aircraft manufactured in 2013 by Kolb Aircraft Inc., and Banta has owned it since October 2018, according to the sheriff’s office.

Deputies determined that Banta took off from Grove Field in Camas earlier Monday. It’s still unknown why his aircraft crashed near Daybreak Airport, a private airstrip in north Clark County.

“According to witnesses, it did not appear that Banta’s airplane was in the process of landing or taking off,” the sheriff’s office said.

Clark County Fire & Rescue Chief John Nohr previously told The Columbian that it seemed like the plane impacted straight into the ground.

The crash was reported about 9:20 a.m. near Daybreak Airport, near the 4100 block of Northeast JA Moore Road between Battle Ground and La Center. A witness reported that the craft had come down near power lines west of the airstrip.

Emergency crews and deputies located the plane crashed several hundred yards from the runway in some brush alongside the East Fork of the Lewis River, according to a statement from the sheriff’s office.

Banta, the lone occupant of the airplane, was pronounced dead at the scene.