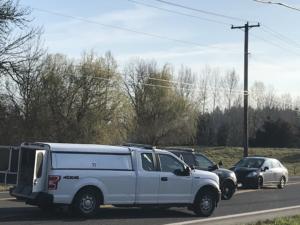 A 49-year-old man was killed early Friday morning when he was struck by a vehicle on Northeast 78th Street in Vancouver, according to the Vancouver Police Department.

The man was struck at about 6 a.m. in the 7800 block of Northeast 78th Street, according to a police statement. He was declared dead at the scene. His name was not released and his place of residence had not been determined as of this morning.

The statement said the driver of the vehicle, a 32-year-old Vancouver resident, was transported to a hospital with minor injuries. Driver impairment does not seem to be a contributing factor to the crash, the statement said.

The crash is being investigated by the Vancouver Police Department Traffic Unit, the statement said.

That section of Northeast 78th Street has been closed to traffic during the investigation. Drivers are being detoured around the scene.